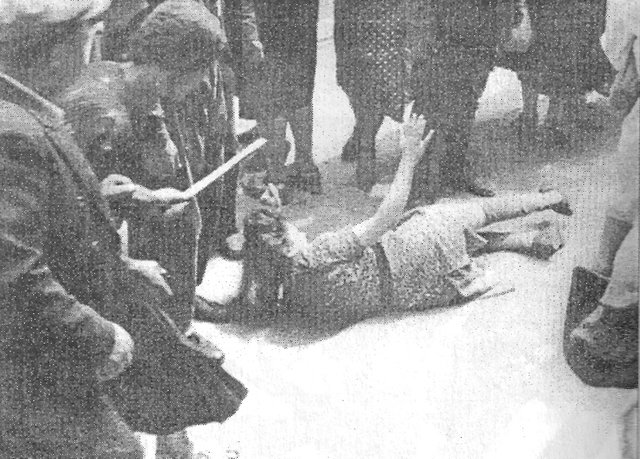 Below is a serie of photos of the Lvov pogrom of 1941. The Jewish pogrom in the city of Lvov (Lviv, Lwow orLemberg) in Western Ukraine was organised by the Germans and “the Ukrainian people’s militia” (the Ukranian Nazi collaborators from so called OUN – Organisation of Ukranian Nationalists). The pogrom took place the first days of German occupation as a prelude to total extermination of Lvov Jews.

On the photos below – the scenes of street violence, beatings by stones, sticks, humiliation of women by public undressing, the humilation in the form of washing sidewalks, marches on the knees and with hands up across the city, the scenes of brutal arrests of Jews in the streets by Ukranian Nazi militia, which escorted them to forced works in former NKVD prisons in the city. In those prisons after various beatings and humilations they were shot dead in the courtyards. The total number of victims of the pogrom estimated to be between 2 and 7 thousands people.