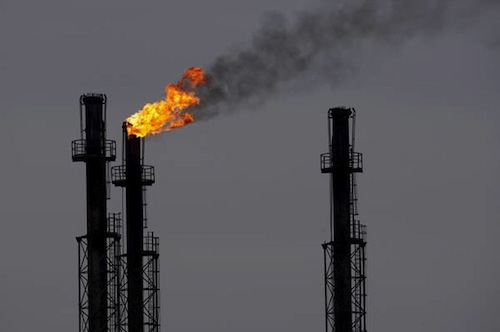 In March crude prices decreased because of finance sparked. Instead, the increase in prices that took place at the end of March dealt with the Libyan output

In March, oil prices decreased. In particular, Brent North Sea quality opened at $56.28/b and closed at $52.74/b, while West Texas Intermediate opened at $53.68/b and closed at $50.65/b. Both the European and Asian benchmark and the American reference reached their lowest on March 23rd, respectively pricing $50.60/b and $47.63/b – approximately, as on November 30th – because of the U.S. crude inventories record high level, calculated at 533.1 million barrels . In addition, during the first part of the month, finance sparked a temporary drop in prices. In fact, the hedge funds, after having amassed an amount of net-long speculative positions equivalent to 951 million barrels on February 21st (10 times the world consumptions), started to cash their revenues, reducing the long-short ratio from 10.3:1 to 4.41:1 (equivalent to 422 million barrels). Instead, the increase in prices that took place at the end of March dealt with the Libyan output, which decreased by 252thousand b/d at the western fields of Sharara and Wafa due to the war between armed factions.