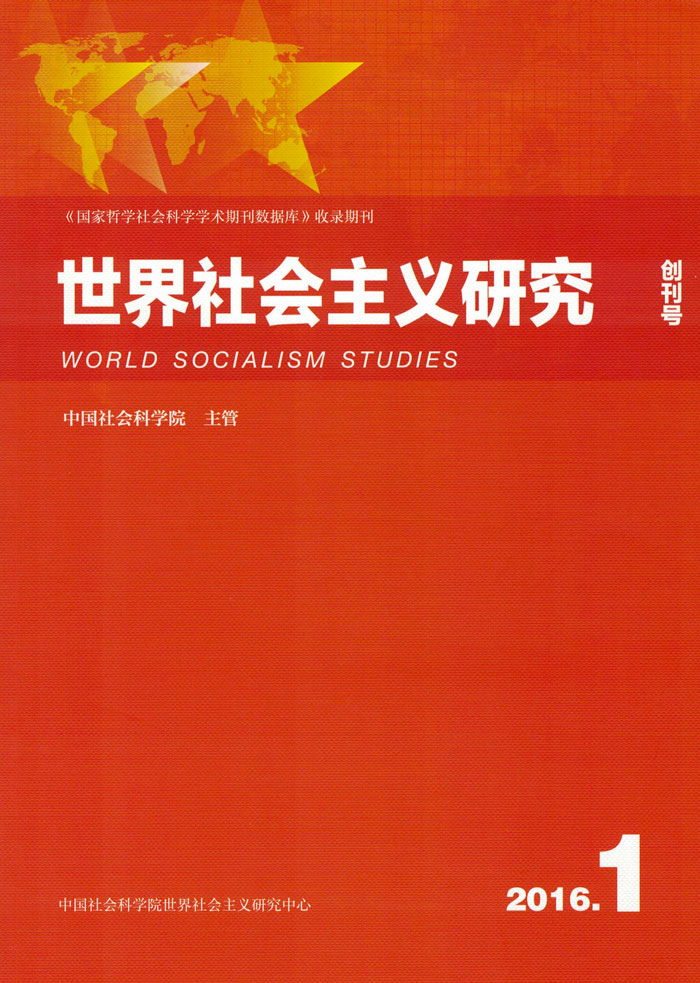 Accelerating the Development of Marxist Historiographic Theories with Chinese Characteristics and the Construction of Disciplinary Innovation System of Historiography under the Guidance of Historical Materialism
Wang Weiguang, p. 4

An economic strategy adopted for military preparation by Chairman Mao and the Central Committee of the Party in 1964, the Third Front Movement played a rather prominent role in Chinese history in that it changed the situation of Chinese economic development, set up a host of new industrial cities in western China, reinforced military preparation and national defence forces, and fostered the spirit of hard work and perseverance in the initial period of development. In a sense, the Third Front Movement also provided security guarantee and material conditions for the forthcoming reform and opening up in 1978. History has borne it out that Chairman Mao’s classification of three fronts in a bid to integrate national defence with inter-regional economic development was a great strategic decision. The Third Front Movement also holds significance for the socialist development underway in contemporary China.

Why Must the Leadership of the CPC Be Upheld and Strengthened? On the 95th Anniversary of the Founding of the Communist Party of China
Zhu Jiamu, p. 29

As the Communist Party of China is still a long way from accomplishing its historical missions, it will not decline, but will develop and grow, and its leadership should not be weakened, but should be strengthened. Upholding and strengthening the leadership of the CPC is a historical choice made by the Chinese people, an explicit provision of Chinese law, a necessary requirement of the socialist economic basis, a form to realize people’s democracy, and a fundamental guarantee of the Chinese nation’s great rejuvenation. In order to curb the advance of the Chinese people, domestic and international hostile forces always target their attack at the leadership of the CPC, advocating such “theories” as “the Demise of the CPC” and “the Collapse of China”. However, as history has proved, the Communist Party of China has not been knocked down by criticism, nor will it be. And the People’s Republic of China has not been thwarted by those attempts, but has become even richer and stronger.

Seizing the Opportunity, Riding on the Momentum
Li Dianren, p. 38

Correctly Understanding the Inner Unity between “Adhering to Marxism” and “Adhering to the Leadership of the Party”
Liang Zhu, p. 39

On the Class Nature of Philosophy and Social Sciences
Zhou Xincheng, p. 44

A Correct Ideal Is the Premise for the Conscious Implementation of the “Eight Requirements”
Liu Shulin, p. 48

Lessons from the Politicai Reform and Democratization of the Soviet Union
Zhang Shuhua, p. 58

History shows that the collapse of the former Soviet Union is the result of degeneration of Communist Party of the Soviet Union (CPSU) in the later stage of its regime. In reforming its political development road, CPSU did not adhere to Marxism-Leninism, but changed to capitalism; CPSU abandoned its leadership in the reform and of the Party instead of persisting in it; the former Soviet Union did not strive to improve socialist system in its political system restructuring, but completely broke with socialist system. Lessons from the failure of the political restructuring of CPSU warn people that the reform should be self-improvement of socialist political system, and it must adhere to the socialist orientation and must be carried out under the leadership of the Party; political reform must be beneficial to national stability and ethnic unity, and must be conducive to the promotion of political democracy, political stability and political efficiency; a correct view of democracy must be established, and an all-round development socialist political road should be taken. 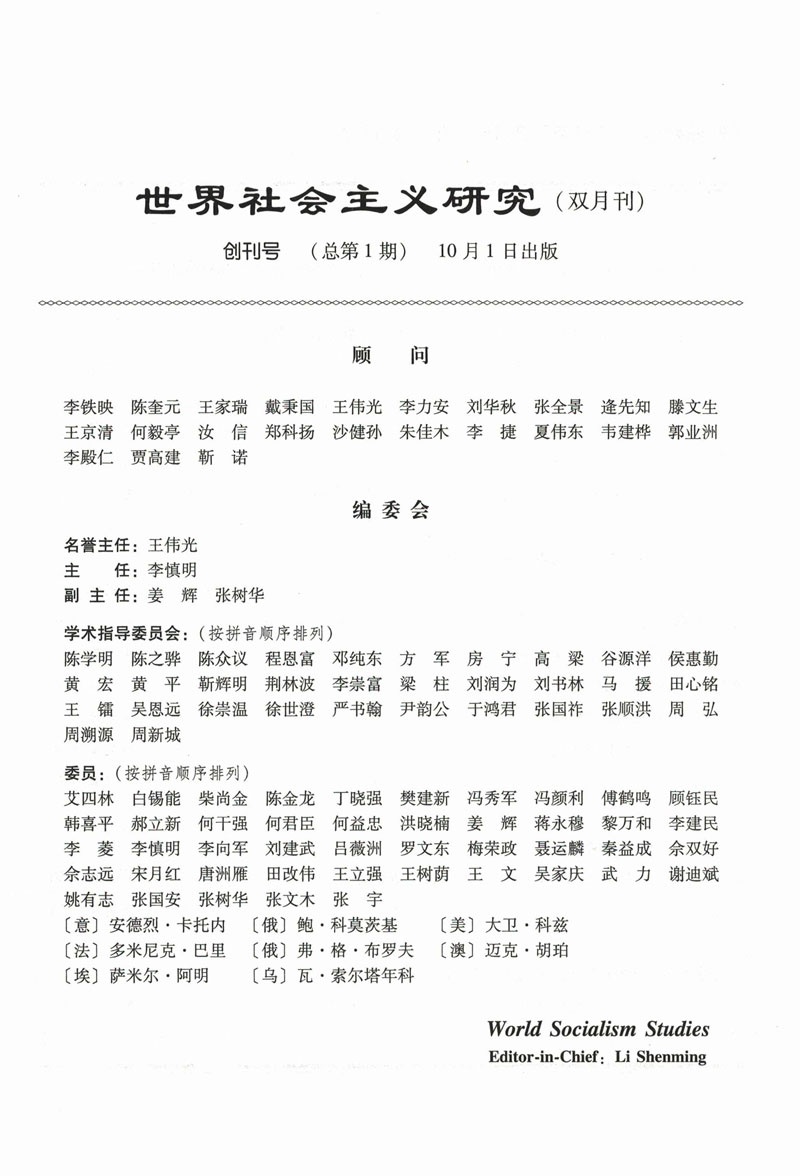 In Commemoration of the 100th Anniversary of Imperialism: The Highest Stage of Capitalism by V. I. Lenin

Regardless of the shift of capitalism from free competition to financial monopoly as it enters into the stage of imperialism and of the decline of contemporary capitalism, more and more emerging countries are joining the rank of modernized countries in a non-capitalist way, marked by the booming development of socialism with Chinese characteristics. Both events were correctly predicted and analyzed by Lenin in his monumental Imperialism: The Highest Stage of Capitalism a hundred years ago. Today, in the capitalist world, although some new changes have taken place and reforms have been undertaken with a view to breaking monopoly, the cycle of freedom and monopoly has recurred time and again and has become a law independent of man’s will. As such, Marx and Engels’ assertion on the development and death of capitalism and Lenin’s assertion on that of imperialism are due to come true, however long may it be in real life. The success of socialism with Chinese characteristics has provided the vast majority of developing countries with a viable alternative other than the capitalist mode of modernization, i. e. to shake off poverty and oppression and join the rank of modernized states by exploring a socialist path of development with their own characteristics.

Lenin was adamant in asserting that capitalism would exhaust its potential for development in the stage of imperialism a century ago. Capitalism is unable to find a source of development from within itself, for the capitalist system substantially constrains the development of productivity, and exploitation still constitutes the source of capitalist prosperity. Many people hold it true that the US and Europe are developing ecological (or “green”) technologies, which, however, are merely a means of competition adopted by capitalist enterprises who are unwilling to shoulder social obligations. As a result, social security is caught in a deadlock. The major material basis for the inevitable advent of socialism is the socialization of production. Today, the preconditions for the advent of socialism are unfolding and taking shape. We can clearly discern the emerging trends of new social development from within the capitalist society. The ongoing information technology is also paving the way for a socialist outlook in the future.

On Adhering to the Guiding Position of Marxism
Deng Chundong, p. 72

Adhering to the Practical Character of Marxism
Zhang Wenmu, p. 82

Leninism is the key link between theory and the practice in Marxism, as well as the direct source of the sinicized Marxism- Mao Zedong Thought. Without returning to Lenin’s theory of imperialism, all major international phenomena in contemporary world cannot be thoroughly understood and well explained. Democratic socialism castrates the practical character of Marxism by removing class struggle between the proletariat and the bourgeoisie and the dictatorship of the proletariat-the inevitable result of the class struggle-so as to turn Marxism into a “universal” theory which may be accepted by the bourgeoisie. As a result, democratic socialism purported to be “non-violent” at every crossroad in socialist revolution, and tightly clutched both hands of the proletariat. Democratic socialism in China attempts to shield people from Leninism, especially from the method of class analysis and the theory of the dictatorship of the proletariat, so as to actually deprive Mao Zedong Thought of its spirit. When the “Mao Zedong Thought” without the spirit of Leninism, together with the “Deng Xiaoping Theory” with “the four cardinal principles” removed, are used to paralyze the Chinese people, the effect will be the same as when “Marxism” without the dictatorship of the proletariat is used to explain the history of China’s socialist revolution and construction, which will lead to the beginning of a major disaster for China and even the Chinese people. Democratic socialism as in the struggle with Marxism-Leninism will be the most dangerous factor in the cause of socialism in China, and therefore should be regarded as the new object of our resolute fight in the field of ideology.

Has the US Pursued the “Washington Consensus”
Huang Weidong, p. 92

The US government is trying to sell the “Washington Consensus” to other countries, proclaiming that its success owes much to the adoption of the Consensus. Studies and analyses of its execution show, however, that although the American “elites” insist that the US government is implementing an economic policy based on the “Washington Consensus”, it is actually pursuing a policy that runs against it : the properties of the Americans belong to the state, and individuals do not possess ownership, but rather the right to use them ; privatization has not seen real expansion since the end of the war, and the country’s economic resources are largely controlled by the government and state owned enterprises ; marketization is placed under strict control of the US government insomuch that market liberalization has never been established and promoted in the real sense. Both privatization and liberalization acclaimed by the “Washington Consensus” are no more than downright lies and deceptive propaganda.

From the end of 2015 to the mid-year of 2016, the Beijing Supreme People’s Court and Beijing Intermediate People’s Courts made four civil judgments in relation to historical nihilism. The Consensuses that run through all the four judgments are as follows: the Communist Party of China is the mainstay of the Anti-Japanese War; the heroic deeds of the five heroes of the Langya Mountain and the heroes themselves must never be denigrated; questioning or subverting the heroic image of the Five Heroes of Langya Mountain not only constitutes insults of the heroes, but also seriously hurts the feelings of the masses; a negative attitude is held towards such questioning and subversion; and behaviour of safeguarding the heroic image of the Five Heroes of Langya Mountain is affirmed in actuality. Objections to historical nihilism in the four judgments are concrete embodiments of the state organs’ fulfilment of their duties – taking the Constitution as the fundamental principle of action, safeguarding the dignity of the Constitution and ensuring its implementation. The significance of such judgments lies not only in judging civil infringement cases, but also in safeguarding and highlighting the constitutional order of socialism with Chinese characteristics. The above mentioned consensuses are of great judicial significance for future trials of civil cases related to historical nihilism. Meanwhile, it also plays a role in inspiring theoretical opposition to historical nihilism. A case system can be employed to make the four judgments jurisprudentially binding and even legally binding in future trials of civil infringement cases related to historical nihilism.

Can the law be used to safeguard the historical consensuses of a country and its national heroes? The judicial practices in other countries of the world can provide us a useful reference. About 15 countries in Europe, including Belgium, Holland, Switzerland, Hungary, Romania, and Spain, have explicit provisions against any denial and beautification of the Nazi history in their present laws. Germany carries out effort against Nazism in its laws, decrees and resolutions, such as the Constitution, the criminal law, the federal parliamentary resolutions and the education act, etc. , and there already exist quite a few classical cases in this respect. Many countries, including the United States, Russia and South Korea, have passed legislations to protect the reputation of their heroes. Recently in China, the people’s courts have in four judicial practices effectively separated the speeches of denying, questioning and slandering the Five Heroes of Langya Moutain from the general sense of “freedom of speech” and protected the people’s heritage by legal means. It is not only China’s legitimate right but also its obligation and responsibility to pass legislations in an appropriate and serious way to safeguard the historical consensuses of the whole society as well as its national heroes.