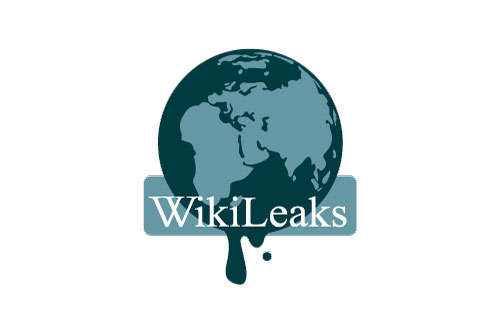 L’Espresso and Repubblica has been maintaining an online archive of secret or confidential documents “spiked” by Wikileaks concerning Italy for some time [1].

These are mostly cable entries from the American Embassy. In this archive there is everything: from the Calipari case to the Italian attempts to save the USA from the investigations of the court in The Hague, to the kidnapping of Abu Omar. A dark portrait of the protagonists of recent history emerges, especially in comparison with the oleographic images proposed by the Italian press.

Unfortunately, not all documents are translated. In this article I present three of them. They seem to me to be useful for tackling the problem of national sovereignty and patriotism from a point of view which – to say it clear from the beginning – is that of a man of the Left. It is clear from the documents that I have chosen that some key figures in recent Italian politics have played the role of representative of US interests in Italy, both in centre-left and centre-right governments. It is also very clear that the Italian national interest has often been sacrificed on the altar of friendship towards the uncomfortable ally.

Two months before the confidence to the second Prodi government, which took over from the Berlusconi government, a cable reports a meeting between American diplomats and Marco Minniti, which took place on 13 March 2006 [2]. During the meeting, Minniti promises continuity in foreign policy with the centre-right government on issues such as military engagement in Iraq and Afghanistan. He supported the joint development programme of new Joint Strike Fighter fighters, which included a technology transfer between the US and Italy; he assured that the EU’s military programmes were not in competition with the US. Last but not least, it guarantees that Italy will be alongside the USA against Iran, despite our economic interests in the region.

What is causing an Italian politician to propose himself as the executor of US foreign policy? To understand it, you have to immerse yourself in the psychology of the person. Here is the portrait of Minniti that emerges from the embassy cable harness. Minniti is found by the ambassador with a desk invaded by flags and toy soldiers: “the son of an Italian aeronautics pilot, Minniti’s office was covered by models of military aircraft and relics of NATO, which he admitted had been procured by some of his most accommodating colleagues”. According to the author of the cablo, it is nostalgia that pushes Minniti “for the days in which he personally coordinated the Italian military commitment in the Balkans with the USA and NATO. He was pleased that the U.S. government was interested in him again. Here is the portrait of Minniti: an ambitious character, who has seen better days and is forced to a minor role; a character who hopes “in an important position in the future center-left government”.

Finally, Minniti passes the exam: “To tell the truth, Prodi’s European inclination still presents a challenge and the potential influence of the extreme left remains unknown, but the centre-left contains people like Minniti with whom we can work”.

2003: Gianni Letta and the European GPS

As we have seen, Minniti was ready to joyfully sacrifice the economic relations that the country had with Iran in 2006. In return, he proposed himself as the man of dialogue with the United States. This kind of function is much sought-after in both left-wing and right-wing governments. A 2003 cable tells us how the USA asked Gianni Letta, Berlusconi’s trusted advisor, for a commitment to modify the Galileo project [3]. What is this about? We need to know that the GPS service, the satellite positioning system that operates mobile phones and navigators, is a legacy of the Cold War and is guaranteed by a network of American satellites. For this reason, starting from 2003, the European Union, through the European Space Agency, has developed Galileo: its own network of technologically more advanced satellites, which officially started operating only in 2016. The Americans are clearly concerned about the use of Galileo in aeronautics and shipping, and therefore in the military field: an autonomous satellite network is one of the necessary conditions for reducing the EU’s dependence on the USA in this field. According to the cable, Letta appoints other supporters of American interests in the Berlusconi government, in particular the then Minister of Defence, Martino. The US is more worried about the Minister for the Economy and General Tricarico, who was then Berlusconi’s advisor for the army and security.

Let us go back to 2006 and to the Prodi Government. Minniti is not the only guarantor of American interests in Italy. Gianni Letta’s nephew, Enrico, performs the same duties in the centre-left as his uncle did in the previous executive, as shown by a cablo dated 24 May 2006 [4]. According to the report, Letta declares himself to be “very pro-US”. The US ambassador explains to him that nothing would damage mutual relations more than an arrest warrant for the CIA agents responsible for the abduction of Abu Omar. Let is not forget that the Milan imam was illegally kidnapped by the CIA in 2003, translated into Egypt, tortured and finally released in 2007. In 2013 Obama asked the Italians to pardon the CIA agents involved. Not a few days went by, and immediately Napolitano granted the grace to Colonel Joseph Romano; in 2015 Mattarella pardoned Robert Seldon Lady and Betnie Medero; in 2017 it was the turn of Sabrina De Sousa.

But that’s not all: in the cablo the ambassador bitterly reproaches Romano Prodi for his speech before the Chambers on Iran: although he is aware of Italy’s economic interests in Iran, defined as “significant”, he asks Letta for support on the sanctions. Letta ensures the convergence of the Italian position with that of the EU, and support for the American positions on Israel. Finally, a reduction in the workforce at the Camp Darby military base in Pisa was under way at the time. Letta points out that this is causing problems for the extreme left, calls for restructuring to be relaxed and at the same time ensures that he believes that the presence of military bases in Italy is a good thing.

The cablograms published by l’Espresso do not tell only a story of servitude. They also tell of U.S. concerns about Italian positions on Iran, Russia, Libya, on relations between ENI and Gazprom, on the hostility of the League of Bossi to the mission in Afghanistan. The foreign policy of Italian governments is evidently the result of the dialectic between the representatives of different, sometimes opposing, interests. This is always the case, and probably it can also be said of the current government.

Is there a “national interest”? The first answer I would give, to paraphrase Hegel, is that what stands out as a general interest is usually simply the dominant interest. It would be very easy, therefore, to agree with a simplification, for which only the interests of two parts of the bourgeoisie exist: the great cosmopolitan bourgeoisie, without a homeland, educated to liberalism in some English colleges, willingly sacrifices Italian interests to the cultivation of its own interests and international relations; the small bourgeoisie, which speaks in dialect, the small companies, the artisans, pay the expenses of global competition and pass off as a national interest the protection from ruin, failure, proletarization. For this reason, it is more inclined to demand that the State engage in commercial conflicts or – in other historical periods – in real wars. Thus, some people think that the Left should not be interested in this kind of conflict. However, even here the issue is not so simple. Firstly, contradictions are by election the place where political action should be taken, especially when forces are scarce and need to be economised. In addition, it should be noted that the proletariat, defined as those who do not control the means of production and the economy – and therefore: traditional public and private workers, precarious workers, independent workers, the unemployed, etc. – is still the absolute majority of the country, the famous 99%. For this reason it is possible to talk about a national interest that is also popular interest. Therefore, according to Hegel, the composition between the collective interest, positive, and the individual interest, negative, takes place in the State: a political force that is not able to understand what this interest is will never present itself with a credible government program and will be condemned by force of things to be a minority and testimonial. This must be borne in mind in the debate on how to build a genuinely Labour and popular left-wing force that knows how to get back into the game. A force that builds its own autonomous point of view, criticizing what there is to criticize and dialoguing when there is to be dialogue, without adding its own forces to those of the liberals in full defeat. What makes one think is that these positions, which I would call patriotic, were part of the DNA of the Left itself, and constituted a bridge between the way of thinking of a Partisan and that of the activists who protested against the military bases until the 1980s. It makes us think how the present radical left, globalist, alternative and a bit world music, has ended up considering “right-wing” and even “fascist” any attempt to think seriously about these problems: how to fit into the current political dialectic making popular interests prevail, supporting the centrifugal forces with respect to NATO and its international, financial and military transmission belts.