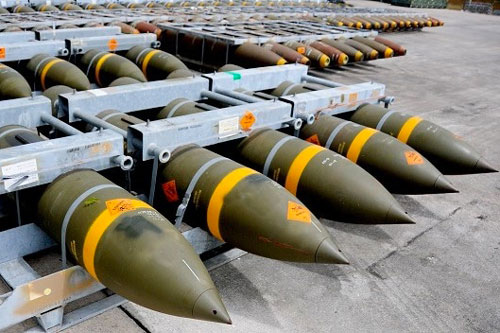 These are dramatic hours for the Middle East and the world. After the US attack and the Iranian response, tension seems to have dropped but the problems are not resolved. I had already intervened (https://www.marx21.it/index.php/internazionale/medio-oriente-e-nord-africa/29883-guerra-o-pace-nel-golfo-persico) about the relations between Iran and the United States and the attack against the Iranian General Qasem Soleimani (whose death was greeted with enthusiasm also by Isis) is a new episode.

We try to understand what is happening in the so-called Middle East. After 11 September the United States has unleashed two wars (Afghanistan and Iraq) from which they come out defeated and without even having the strength to retreat.

Since 2001, however, something has changed: the USA has changed from an oil importing country to an exporting country. Despite this, interest in the Middle East remains, because it is strategic and concerns the opposition between Heartland and Rimland. In the Middle East quadrant Iran, until 1979, was the most important ally for the United States in the containment of the Soviet Union and the Islamic revolution was the most serious geopolitical defeat of the USA in the 20th century. Iran continues to have an important geopolitical role but unfortunately for Washington of a different sign. The U.S. maintains its objective to surround Eurasia (no longer the USSR but Russia and China) and Tehran is an important pawn in this attempt. Robert Kaplan wrote an article in the ‘New York Times’ about the Soleimani assassination entitled ‘This Isn’t About Iran. It’s About China’. From Iran passes the Silk Road, Tehran is of strategic importance for both land and sea routes. Hitting Iran means weakening China, which in nearby Pakistan (in Gwadar) seems to want to build a military base.

Within the Trump Administration, however, options on how to contain China are differ. The President has stated several times that he wants to close with the U.S. presence in the Middle East, the result of wars that he says he did not share. This redeployment of forces is not done for good but only to move resources in the quadrant considered fundamental: the Indo-Pacific, where Obama had identified the pivot to Asia and where Trump launched the anti-Chinese quadrilateral (USA, India, Australia and Japan).

This is Trump’s position but both inside and outside the US there are voices against it. Bolton, estranged long ago, was hostile to dialogue with Tehran and the same is true of Saudi Arabia and Israel who see with concern the advance of the Shiite crescent in the region. The concerns of Israel after Trump’s choice to give Erdogan the green light against the Kurds in Syria are illuminating. Israel feared that this represented not only a declaration of defeat but a disengagement from the area, leaving the Israele to its fate. The same concerns are shared by Saudi Arabia even though it was more cautious about Soleimani’s assassination. This is because the Crown Prince Moḥammad bin Salmān Āl Saʿūd not only started negotiations to end the war in Yemen but, as the Iraqi Prime Minister said, Soleimani was in Iraq because Baghdad wanted to mediate between Iran and Saudi Arabia. Are the Saudis changing their position? The point is that China and Russia also operate in the Middle East, and although they have relations with Tehran they also have relations with the Saudis (as well as with Israel), if, as the Crown Prince would like in his Vision 2030, Arabia were to develop a manufacturing industry, the relationship with China would be fundamental, moreover with Russia there have been dense relations in recent times that have concerned Syria (where the two countries were on opposite sides), Libya (where they are allies) and the price of oil. However, the power of the Crown Prince is not as strong as one might think, and it is not certain that he will succeed in bringing Riyadh to more dialoguing positions.

With respect to this picture, what changes with Soleimani’s murder and the Iranian reaction? Difficult to say, all the parties involved say they want to avoid an escalation (the fact that Iran warned Baghdad in advance of the attack is a clear signal) but when you start shooting and killing the situation can easily get out of hand.

At the moment Trump seems to be able to contain the hawks impulses. Whether the attack was a decision he made or suffered is difficult to say. What can be said is that for Trump the military element is aimed at weakening the opponent in order to start a dialogue thus obtaining better results. The US President on the one hand shows great determination (which in the election year with an impeachment in place is a way to speak at his base) on the other hand he is pragmatic and, in words, against the war. It is, however, evident that, as said, both within the US Administration and among the regional allies there are also drives to solve the problem militarily.

Is there still an American strategy? Yes, the objective is to create an alliance no longer implicit but explicit between Saudi Arabia and Israel, to resolve the Iranian nuclear issue, thus limiting the Shiite force in the region, to prevent the emergence of a hegemonic state (especially if he’s pro-Chinese) and then focus on the real confrontation by leaving the Middle East.

These objectives are very far away, just look at the consequences of Soleimani’s assassination. At the moment they are disastrous for Uncle Sam. Iraq where the U.S. has lost money and lives has shown the U.S. army the door, the prestige of Iran has grown, Russia and China, which a few days before the assassination had held military exercises with Tehran, have tightened in defense of the Islamic Republic, many European countries have criticized the unilateral action and finally an attack that was designed to weaken Khamenei and then break the Iranian leadership has strengthened the internal unity of the country only a few weeks ago shaken by violent protests.

It seems centuries have passed since the early 2000s. Today, faced with the bombing of his own military base, the President stammers, in fact, waited 18 hours to comment on what happened and after promising new sanctions (which will affect steel and which we will probably pay for) he concluded by saying ‘I address the people and leaders of Iran. We want you to have a great future, what you deserve, a future of prosperity in your country and harmony with other nations. The United States is ready for peace’.

Is the invincible army starting to run wild? Actually we are in a phase of transition, the old unipolar world is dead but the multipolar world has yet to arise and in this cone of shadow that develops this last crisis whose conclusion is still to be written.