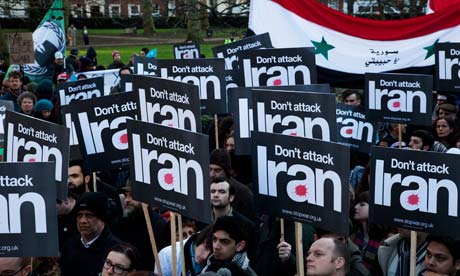 The death of Iranian general Suleimani has highlighted the role of China in the geopolitical balances connected with the Gulf: Iran is a fundamental brick in the New Silk Road, for at least three reasons

After the killings of Qassem Suleimani, head of the Islamic Guards, and Abu Mahdi Almuhadis, Kata’ib Hezbollah’s chief, which occurred at dawn on January 3rd 2020 in Baghdad, Iran reacted bombing the American bases in Iraq of al Asad, an area populated by a Sunny majority, and in Erbil (the Iraqi Kurdistan), avoiding retaliations that could jeopardize the export of oil through the Persian Gulf, from which approximately 18,000,000 b/d transit, a little bit less than 20% of global oil consumptions.

According to U.S. President, Donald Trump, the Iranian reaction did not cause any U.S. soldier loss: “Assessment of casualties & damages taking place now. So far, so good!”, he tweeted on January 7th 2020. In reality, almost all Western analysts highlighted the substantially demonstrative nature of Iran’s response.

Correctly, the day before, Gianandrea Gaiani, director of analisidifesa.it, had anticipated that Teheran “should not have made the mistake of hitting, neither the Arab countries that are Washington’s allies in the region, nor oil facilities located in the Arab Gulf States, but only American targets, with the political aim of accentuating the isolation of the United States from their traditionally friendly countries which, excluding Israel, have shown deep concern for the situation that has arisen”.

It would not be by chance if, on January 10th, Iraqi Prime Minister, Adel Abdul-Mahdi, asked the Americans to send a Washington delegation to Baghdad in order to talk about the withdrawal of foreign troops from Iraq. “We do not even debate the withdrawal of troops” was the reply from the U.S. State department.

In the wake of the news of Iranian General Suleimani’s death, oil prices immediately increased by approximately 4%. However, in the following days, barrel prices retreated. Has the geopolitical risk disappeared?

The centrality of China

In order to answer this question, it is important to correctly focus on the matter at hand.

Due to U.S. sanctions, Iran crude exports plummeted from 2,151,250 b/d in 2017 to 1,850,440 b/d in 2018 up to the estimated 599,000 b/d in 2019. The only country that in recent months has been restarting to increase oil imports from Iran – as well as from Venezuela, whose production exceeded 910,000 b/d in December 2019 – is China. With regard to the Silk Road infrastructure, Beijing has decided to invest 400 billion dollars in the former Persia, 280 billion dollars of which in the oil, gas and petrochemical industry and 120 billion dollars in transport infrastructures, including oil and gas pipelines. Meanwhile, China strengthened its role as the world leading oil importer, reaching 11,180,000 b/d in November 2019.

In addition, according to Iraqi Prime Minister, Adil Abdul-Mahdi, when Suleimanì was killed, the Iranian General was carrying with him a letter on behalf of the Iranian leadership on how to reduce tensions with Saudi Arabia. During 2019, the Saudi Reign became China oil supply leader again, after having been overtaken by the Russian Federation in the 2017-18 biennium. In the meantime, Russia extracted 11,250,000 b/d, that is a record high since the collapse of the Soviet Union. More precisely, in accordance to the China General Administration of Customs, in October 2019, China import of Saudi crude hit a new maximum of 1,980,000 b/d; it was 1,120,000 b/d in October 2018 (+76% year over year).

Iran: a fundamental brick in the New Silk Road

According to Simon Watkins, analyst for oilprice.com, “from China’s perspective, its One Belt, One Road vision – which will absolutely change the global geopolitical power balance forever – is totally dependent on Iran’s participation for three key reasons. First, Iran is closely involved in the affairs of those countries that constitute the Shia crescent of power – Lebanon [Hezbollah], Syria, Iraq, and Yemen – which allows China to hold the U.S. in check in those areas.

Second, it is a direct land route into Europe, via both Turkey and the Former Soviet Union states and Russia. And third, it has huge oil and gas reserves currently going cheap”.

The possible outbreak of a U.S.-Iran military conflict would interrupt the construction of the most important Silk Road stretch. On the contrary, it should not to be excluded that the reaching of a deal could foresee the U.S. request for an Iranian disengagement from the project as sinologist Francesco Sisci highlighted.

On January 9th 2020, addressing the diplomatic corps, Pope Francis stated that “the serious tensions between the United States of America and Iran risk to primarily strain the slow process of Iraq reconstruction, as well as creating the context of a bigger conflict that we all want to avoid”.

Maybe, not everybody. In fact, the doubt is that in the coming months the geopolitical risk could strongly re-emerge especially, if whoever decided Suleimanì murder has the intention to get rid of Donald Trump too. All the more reason, in the event that the American president was forced to lie about the real number of the U.S. soldiers who died following the Iranian military reaction.

Thanks to the figures provided by the Oil Market Report, published in the International Energy Agency on December 12th 2019, global oil demand rose by 900,000 b/d in the third quarter of 2019 (y-o-y). This is the strongest annual growth in a year.

Based on the Drilling Productivity Report figures issued by the Energy Information Administration on December 16th 2019, the American unconventional crude output is estimated to increase by 30,000 b/d to 9,135,000 b/d in January 2020.

On January 1st 2020, Juliane Geiger wrote in oilprice.com “that there was a time when natural gas was a welcomed by product of crude oil drilling, and drillers in the prolific Permian basin enjoyed this consolation prize, at least when natural gas prices were on the rise. All good things come to an end, though, and the amount of natural gas now exceeds the capacity to get rid of it. With pipeline capacity fully exploited and natural gas prices squarely in the red, Permian drillers today are faced with three lousy choices: burn off the natural gas, pay to have the gas removed, or slow oil drilling activities to staunch the flow of natural gas.

In December 2019, barrel prices hit a three-month high due to the following economic and geopolitical issues:

On December 13th, the United States of America and China announced that a phase-one trade deal had been reached. Therefore, China removed six chemicals and oil derivatives from its list of tariffed U.S. imports.

According to a Bloomberg report published on December 17th, China’s average oil imports reached 11,180,000 b/d in November 2019 that is an unprecedented record high;

“Regardless of the agreement signed by the United States of America and China on January 15th 2020, this type of armistice does not imply an agreement that will resolve the disputes raised. The two sides, pointed out Xulio Rios, director of the Chinese Policy Observatory, are fully aware of its limitations”.