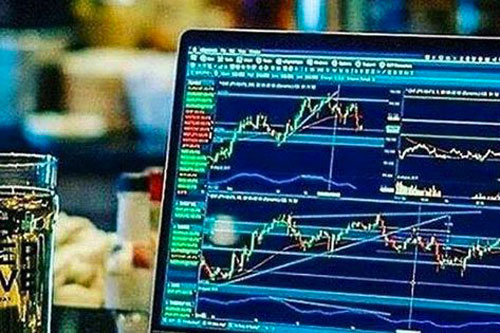 Price increases had three major drivers: the collapse of Iranian exports, the decrease in US stocks and the depreciation of the dollar.

During the first half of the month, both Brent and WTI traded close to a 10-week low, because of the following reasons:

2. The strong devaluation of the Turkish currency that could lead the country to a recession, which may affect oil demand too;

3. According to the Oil Monthly Report [2] published by the International Energy Agency on August 10th, “concerns about the stability of oil supply have cooled down somewhat, at least for now. We have seen increases in production, mainly in Saudi Arabia and Russia and a partial, but fragile recovery in Libya” [3].

Especially, the European and Asian benchmark lowered to $70.83/b on August 15th, whereas the American grade touched $64.83/b the day after. 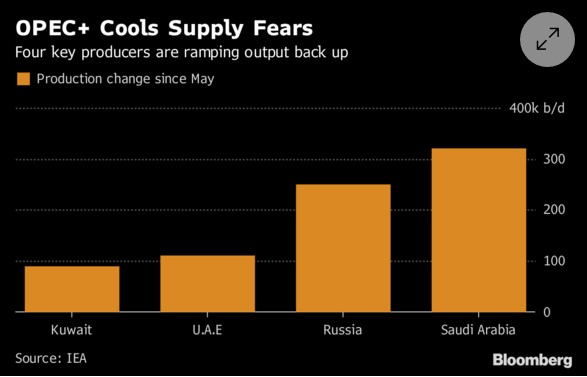 On the contrary, during the second half of August, barrel prices strongly increased due to the subsequent issues:

3. The depreciation of the dollar, which makes dollar-priced assets more attractive for the investors. In particular, the American currency depreciated over the euro, moving from 1.1321 €/$ on August the 15th to 1.171 €/$ on August 28th. 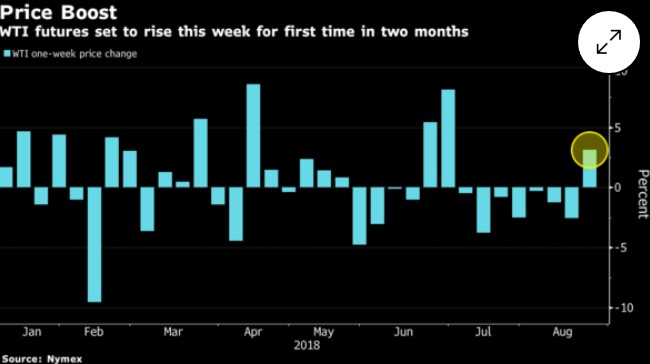 With regard to the Iranian oil exports, it is important to highlight that India’s imports from the Persian country decreased from 700.000 b/d in July to the current 200.000 b/d, because of fears regarding the so-called U.S. secondary sanctions.

On the contrary, China – which is the first Iranian oil purchaser (India was the second) – did not reduced at all its imports from Teheran, whereas the first oil delivery to China through the petro-yuan settlement is set for September [7].

At the same time, the dollar’s share in Russia’s reserves decreased from 46.5% to 45.8%. “The rise in the share of yuan assets, albeit still relatively small, reflects Russia’s intentions to diversify away from major currencies”, said Piotr Matys, an emerging-markets currency strategist at Rabobank. However, “it will not be easy for Russia to significantly reduce the share of the dollar in its reserves given that the greenback is still one of the most liquid currencies” [9].

Based on the Drilling Productivity Report data published by the Energy Information Administration [11] on August 13th, the American unconventional output is expected to increase by 93,000 b/d to 7,522,000 b/d in September.

In accordance with the preliminary EIA estimates, U.S. oil exports lowered to 1,155,000 b/d in mid-August, the minimum since January 2018, despite the contemporary drop in the Iranian exports.

In reality, the American barrels did not substitute the Iranian’s, because they represent different qualities of crude with a different amount of sulphur [17].

Based on the data provided by the Russian Energy Ministry, Russia’s oil production reached 11,215,000 b/d, both in July and August, increasing by 148,000 b/d from June. As envisaged by Oilprice.com, this output is very close to the post-Soviet record-high of October 2016, the month used as the baseline for the production cuts [18].

With regard to the oil market, on September 5th, Lukoil’s vice President, Leonid Fedun, said that the Russian major and ENI are working for the creation of a joint venture, which would operate in the upstream of the Mexican off-shore before the end of 2019 [19].

This summer, Russia’s natural gas supplies to the European Union rose to a historical record for the season, providing 513 million mc3 a day in the first two weeks of July [20]. 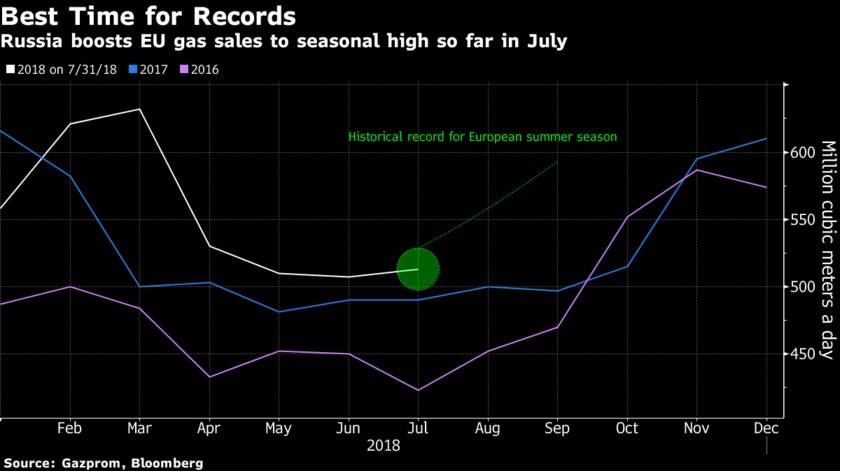 In particular, during the first seven months of 2018, Gazprom exported 5.8% more natural gas to Europe compared to the same period in 2017, due to the increase in the economic activity of the so-called Old Continent and in particular, as a consequence of the decline in the European domestic production especially, in Hollande (Groeningen field) [21].

These positive gas data trends are accompanied by a clear strategy especially, concerning three strategic gas infrastructures that are under construction by Gazprom: the Nord Stream 2, the Turkish Stream and the Power of Siberia.

On September 5th, the Russian gas major informed that the pipelay of the Nord Stream 2 off-shore pipeline, which will have the annual capacity of 55 Gmc3 and will be put into operation before late 2019, started in the Gulf of Finland [22]. In the wake of the meeting between German Chancellor, Angela Merkel, and Russian President, Vladimir Putin, held in Meseberg (Berlin) in late August, the impression is that the eventual U.S. sanctions would not stop the project, while the parties (Russia and Eu) would find a sort of compromise concerning different interests “for example, by promising to buy small amounts of American gas” and “running the pipeline through Ukraine”, as journalist Evgeny Utkin wrote [23]. 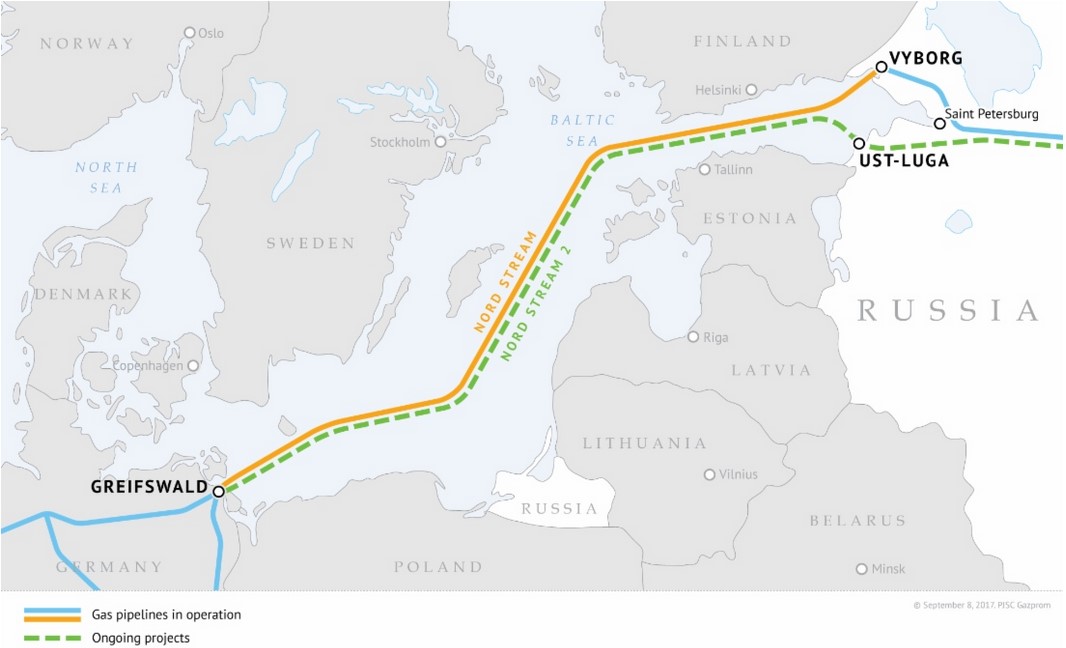 At the same time, Gazprom informed that it has been laying the second off-shore string of the Turkish Stream – which will supply 15.75 Gmc3 of natural gas a year to the consumers of southern and southeastern Europe – in the Turkish exclusive economic zone, after having completed the lay in the Russian EEZ [24].

Previously, Merkel visited Baku, where she stated that “Azerbaijan is an important factor for the European Union in the diversification of our energy supplies” [25]. It is difficult to immagine that German Chancellor did not know that Azerbaijan could supply the EU and Turkey with the maximum ammount of 16/18 Gmc3 a year. Based on the BP Statistical Review 2018, the sum of EU, Turkey and Switzerland’s consumptions approximately, reached 560 Gmc3 in 2017 (calorific power equal to 39 MJ/mc).

Furthermore, the agreement made on the Caspian Sea by Russia, Kazakhstan, Turkmenistan, Iran and Azerbaijan at the beginning of August makes the costruction of the Trans Caspian Pipeline quite impossible in the years to come. This gaspipe should have connected the East cost of the Caspian Sea (Turkmenistan) with the West coast (Azerbaijan), “allowing Turkmen gas finally to be sold in Europe (including Turkey) through the Southern Gas Corridor and the TANAP and TAP pipelines” [26], as pointed out by Nicolò Sartori. 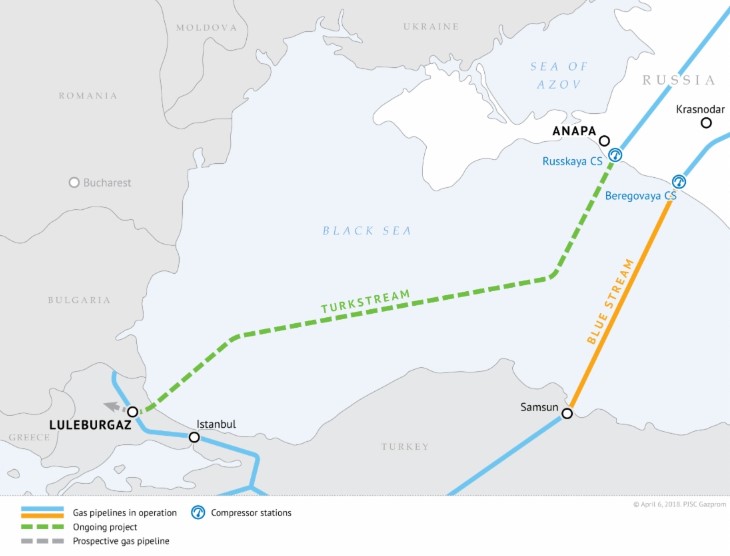 Last, but not least, on September 6th, Gazprom announced that the pipeline Power of Siberia – which is being created to deliver 38 Gmc3 a year of natural gas from the Russian Federation to China starting late 2019 – is now 93% complete [27]. 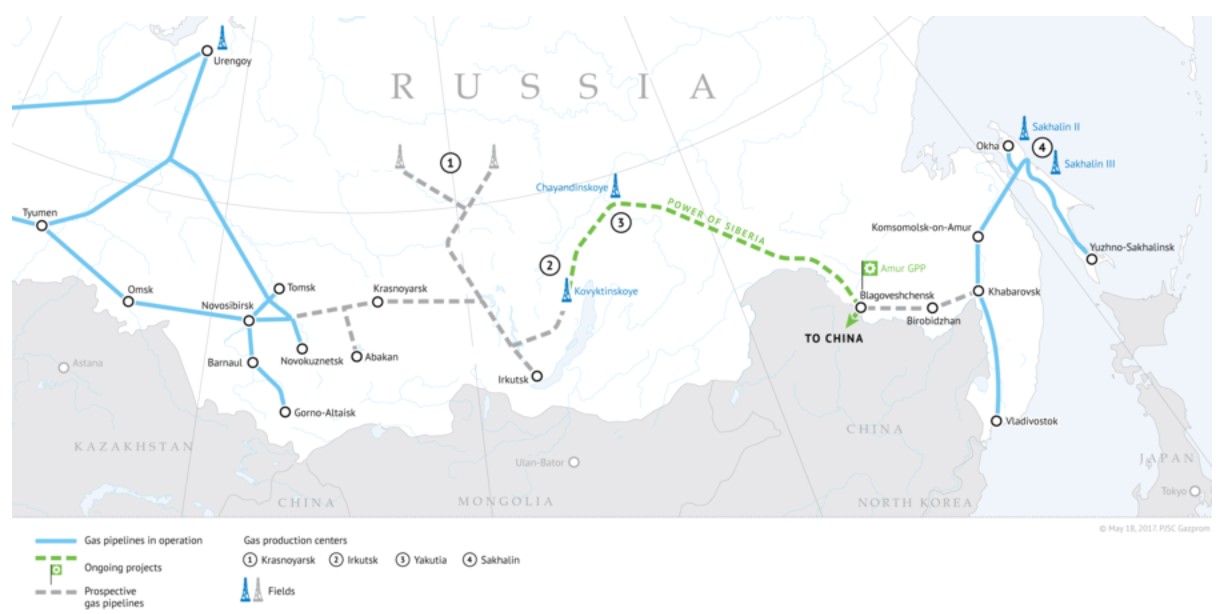 After the referundem helded in Crimea on March 16th 2014, the former U.S. President, Barak Obama, declassed Russia to a “regional power” . Despite the different attemps to limit the geopolitical role of the Russian Federation, through the war in Ukraine and Syria, the impression is that the Russian Federation is strongly carrying on its Eurasian winning strategy, whose backbone is without any doubt represented by energy.