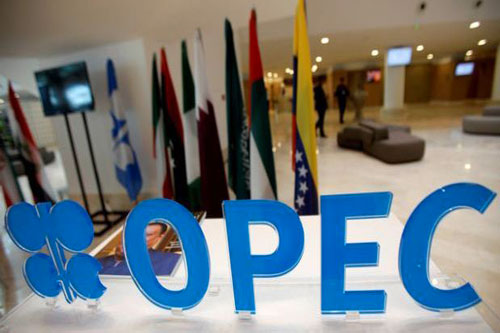 During the last meeting it was agreed that production cuts should be prolonged. However, from a political point of view, the most important thing is the institution of the new Organization

To be more specific, the deal foresaw that the Organization of the Petroleum Exporting Countries (OPEC) should have reduced its extractions by 800,000 b/d (in reality, it exceeded that level especially due to Saudis higher production), while the non-OPEC producers slashed the output by 400,000 b/d, 228,000 b/d of which were produced by the Russian Federation. Nigeria, Venezuela and Iran were exonerated by the agreement and they will continue to be exempted during the next 9 months too.

From a geopolitical point of view, the most important event that occurred during the course of the last meeting was the institutionalization of the OPEC+ meeting on July 3rd 2019. The goal of this new institution is to influence the oil market “sine die”. Till today, the OPEC+ has consisted of 24 members (14 OPEC producers and 10 non-OPEC producers), which adhered to the Cooperation Chart.

In order to understand the historical meaning of this event it is necessary to take a step back.

On June 22nd 2019, Saudis Oil Minister, Khalid Al-Falih, “invited Russia to join [OPEC] as an observer, an associated member. We believe they are considering it. I can assure that the entire membership of OPEC would welcome Russia”. Russian Energy Minister, Aleksandr Novak, confirmed that there was “such an option”, and Moscow was “studying it closely”.

Clearly, Bloomberg, aware that OPEC+ had already been put into place for the first time on November 30th 2016 (cutting 1,800,000 b/d, excluding Iran) due to the Russian victory in the Syrian war, entitling: Russia-Saudi Plans for Super-OPEC Could Reshape Global Order.

In fact, on June 30th 2018, OPEC+ led by the Russians and the Saudis decided to increase its oil production by 1,000,000 b/d as a consequence of the U.S. withdrawal from the Joint Comprehensive Plan of Action, which had an aim to regulate Iranian nuclear activities, decreed by Donald Trump on May 5th 2018 and in virtue of the new U.S. sanctions (not ONU’s) imposed towards Iranian oil exports. To be more precise, those sanctions should have come into force as of November 5th 2018 (the relative waivers should have been granted a couple of days before, remaining in place until May 2nd 2019).

According to some analysts, the institutionalization of the OPEC+ would highlight OPEC’s loss of power, because currently the Organization contributes less than 30% of the global oil supply. This consideration is not groundless, but partial, because it does not point out the fundamental aspect of the issue that is the following: OPEC+ confirms the centrality of the Russian Federation, both as the world energy leader exporter (beginning from oil and gas), and as an indispensable geopolitical actor of the rising multi-polar international architecture, as clearly emerged during the G20 in Osaka, Japan, on June 28th-29th 2019. Russia’s entry into the Syrian war on November 30th 2015 changed the destiny of the conflict, allowing Moscow to become the balance needle of the oil market, as well as the mediator between the Saudi Arabia and Iran fight.

Secondly, the OPEC+ rise strengthens the coordination of the conventional producers’ policies towards the recent challenge of the so called non-conventional producers (Russia’s and Saudi Arabia’s exports approximately covered 25% of the global crude exports). Undoubtedly, the conventional producers could strongly influence the oil market due to lower extraction costs than those sustained by the North American frackers. “I have no doubt that U.S. shale oil will reach a peak of production, then to a plateau and eventually decline – stated the Saudi [Khalid Al-Falih, on the sidelines of the last meeting in Vienna] – The problem is when”.

Waiting that the parliaments of the 24 OPEC+ members ratify the Cooperation Chart, China rejected again the U.S. sanctions imposed towards the Iranian crude exports, which dropped to 400,000 b/d in May 2019 compared to an output of 2,300,000 b/d. Especially, China restarted the imports from Teheran, which arrived on June 26th 2019 at the Jinxi complex, owned and operated by the State giant China National Petroleum Corporation (CNPC). “We do not support the US policy of reducing Iran’s oil exports to zero”, said Fu Cong, director-general of the Chinese foreign ministry’s department of arms control in Vienna.

Historically, Saudi Arabia is considered the global swing producer, because it is able to openly limit its output in order to satisfy the fluctuations of market demand thus, bringing supply and global demand in balance. During the last years, thanks to the implementation of the fracking technique, many analysts forecast that the United States of America will have substitute or, at least matched, Saudi Arabia in this role. Taking into account the rise of the OPEC+ and that China has become the world leader in oil import, the impression is that Saudi Arabia already shares the responsibility as swing producer with the Russian Federation rather than with the United States.

Based on the Drilling Productivity Report figures issued by the Energy Information Administration on June 17th 2019, the American unconventional crude output is estimated to increase by 70,000 b/d to 8,520,000 b/d in July 2019.

Thanks to the statistics provided by Baker Hughes on July 3rd 2019, the 963 current U.S. active rigs, of which 788 (81.8%) are oilrigs and 174 (18.1%) are gas rigs + 1 miscellaneous (0.1%), were 25 less than June 7th 2019, the lowest level since February 2nd 2018. On June 24th 2019, oilprice.com highlighted that “The shale gas revolution has frankly been an unmitigated disaster for any buy-and-hold investor in the shale gas industry with very few limited exceptions. [&hellip;]. Nearly every American has benefited from shale gas, with one big exception, the shale gas investors”, said Steve Schlotterbeck, former chief executive of EQT, a shale gas giant, during a petrochemicals conference in Pittsburgh.

Both the European and Asian benchmark and the American grade rose due to the following economic and geopolitical factors:

3. On June 20th, the Iranian military shot down a U.S. drone over the Strait of Hormuz, in the Persian Gulf. According to Tehran, the drone violated Iran’s airspace. On the contrary, Washington claimed it was in international air space;

4. In May 2019, the Russian Federation decreased its extractions to 11,110,000 b/d, bringing its output under the level agreed on with the OPEC+ in December 2018 (11,180,000 b/d). To be more precise, Russian supplies transported through the Druzhba pipeline, which connects Russia with central Europe, have reduced since April 2019 because of the contaminated oil.

On June 29th, U.S. President, Donald Trump, met his Chinese counterpart, Xi Jinping during the G20 in Tokyo. With regard to the trade deal between the two economic superpowers, Trump and Xi decided to reopen the dialogue. If they obtain an agreement in the course of the next weeks, it will certainly have a positive impact on oil demand.

The positive correlation that also exists between Chinese oil demand trend and Brent prices (estimated at 79%, ceteris paribus), in addition with the OPEC+ cuts roll over established in Vienna on July 1st 2019, will presumably support barrel prices in the second half of the current year.