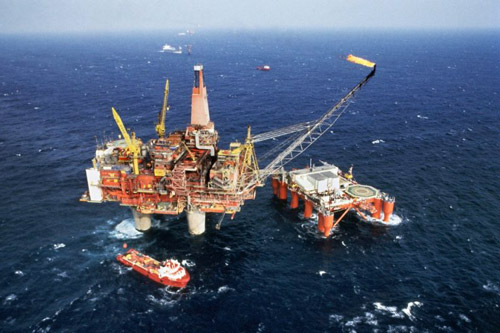 The birth of OPEC+ has established Russia as a key geopolitical and energy player alongside Saudi Arabia, while Washington’s influence over the Organization has waned. In the background, the alliance between Moscow and Beijing is strengthening

In reality, the Organization+ was still over complying the cuts, which had been decided on November 30th 2019 and had been put into place on January 1st of this year. For instance, in November 2019, OPEC+ over cuts were equal to 242,000 b/d. This is the main reason why oil prices did not steadily surge during the days following the agreement. In fact, at the time of writing (on December 12th), Brent is trading at $63.93 $/b, while WTI at $58.91/b, that is approximately $1/b higher in comparison with December 6th.

According to the estimates provided by the International Energy Agency on November 15th, Russia’s gross revenues have averaged $670 million a day during the first 10 months of the current year, up by $170 million daily in comparison with the same period of 2016, before the OPEC+ group reached its first agreement, cutting its total output by 1,800,000 b/d on November 30th 2016. Meanwhile, Saudi Arabia, which slashed its production by an average of more than 700,000 b/d between January-October 2019, has earned $630 million a day in oil revenues that is $125 million a day income jump compared with the first 10 months of 2016.

OPEC producers and the Russian Federation reached an important deal during the last meeting in Vienna especially because the Organization decided to accept Russia’s specific request, which consisted in excluding gas condensates from its output quota. Previously, only the OPEC producers had the right to except condensates from their quotas. Despite the fact that there is not a common definition of gas condensates, based on the specific terminology used by the International Energy Agency, oil is defined as the sum of crude plus NGL-Natural Gas Liquids, which are Liquids separated from natural gas and Gas Condensates, which are Liquids condensated by natural gas. More precisely, Associated Liquids are the sum of Natural Gas Liquids and Gas condensates. As a consequence of this new method of calculation that has been extended to all non-OPEC producers, Russia’s current output lowered, making the compliance with the new OPEC+ cuts less painful.

With regard to these new measures that have been implemented in the oil market, there is a second issue that deserve to be highlighted. Most fields contain, both condensates and gas mixture that are simultaneously extracted during the drilling process. Taking into account the new OPEC+ cut rules, from now on, if Russia (Gazprom, Lukoil, etc.) wants to exploit new gas fields – for example, in Siberia, in order to satisfy China’s future growing gas demand – it can pursue it without having the worry of limiting condensates extractions in order to respect its oil production quota. Moreover, condensates’ market price is higher than that of natural gas. After the coup d’état in Ukraine in 2014, which also caused the referendum in Crimea, the United States of America – as well as the European Union – have imposed sanctions over the Russian Federation. Five years later, Moscow’s influence over OPEC is an accomplished fact, while U.S.’ influence over the Organization that was previously considered a kind of “Washington’s house garden” by American politicians has been decreasing as was anticipated in the 2019 June report.

At that time, we pointed out the following three political turning points:

– The institutionalization of OPEC+ confirms the centrality of the Russian Federation, both as the world energy leader exporter (beginning from oil and gas), and as an indispensable geopolitical actor of the rising multi-polar international architecture;

– Historically, Saudi Arabia is considered the global swing producer, because it is able to openly limit its output in order to satisfy the fluctuations of market demand thus, bringing supply and global demand in balance. During the last years, thanks to the implementation of the fracking technique, many analysts forecast that the United States of America will have substitute or, at least matched, Saudi Arabia in this role. Taking into account the rise of the OPEC+  and that China has become the world leader in oil import, the impression is that Saudi Arabia already shares the responsibility as swing producer with the Russian Federation rather than with the United States.

Now it is China’s turn to make its move into the energy world chessboard.

Starting with the Power of Siberia pipeline on December 2nd 2019, which will supply China with Russia’s natural gas. There is the possibility that the Siberian blue gold may likely replace U.S. LNG exports (liquefied natural gas) in the medium term, because it is less expensive than the American one and due also to the strengthening of the strategic cooperation between the two Eurasian super powers.

However, China’s decision could also potentially affect the trade deal between Beijing and Washington, as correctly wrote Oilprice.com on December 2nd 2019.

In November, despite U.S. commercial inventories steadily surged from 438,853,000 barrels on October 25thto 451,952,000 barrels on November 22nd, oil prices rose by approximately $2.5/b due to the growing optimism about a U.S.-Chinese trade agreement that would remove many concerns dealing with future oil growth demand. In particular, Brent North Sea quality opened the transactions at $59.67/b and closed at $62.43/b, while West Texas Intermediate started the quotations at $54.34/b, closing at $55.65/b.