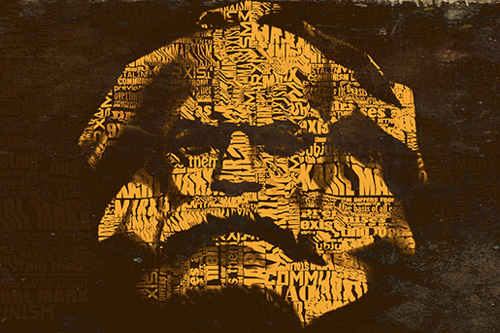 For the 200th anniversary of the birth of Karl Marx, the website of Radio China International hosted an article by Francesco Maringiò, of the editorial staff of Marx21.it

The year 2018 is full of anniversaries that are important for the history of the communist movement and Marxism, starting with the celebration of the bicentenary of the birth of Karl Marx and the 170th anniversary of the Communist Party’s Manifesto.

This is a good time, in the context of historical and cultural debate, to ask an essential question: why does it make sense – political and theoretical – to talk about a return to (and of) the thought of K. Marx?

The return of Marx

The economic crisis that erupted in 2008 led to an editorial success of Marx’s works among those who were looking for valid alternatives to the theories in vogue in the liberal-capitalist West and even prestigious liberal magazines wondered “what Karl Marx would have thought” (Economist, 15/10/2008 and Time, 29/01/2009). However, rather than really marking the return of Marxism to the West, these operations have built a “pop” image of the German thinker, relegating him to a visionary of the distortions of capitalism, instead of giving his theoretical-political elaboration the role that belongs to the great classics, capable – to use the English historian A. N. Wilson’s words – of “changing the way in which men look at themselves”.

This operation of Marx’s recuperation by the mainstream media came about by disconnecting the thinker from the guiding ideas of his main works, hiding the political radicality of the Critique at the Gotha Programme, the revealing power of the Jewish Question, the extraordinary modernity of the Grundrisse, not to mention the analytical and evocative power of the Communist Party’s Manifesto or of the highest criticism of the political economy of Capital. On the contrary, there is a real process of reversal: if in Thesis on Feuerbach Marx condemns philosophers because they are incapable of transforming the world, today his elaboration is inserted in an indistinct pantheon of these “great thinkers”. He thus becomes a philosopher among the philosophers who have “variously interpreted the world”, no longer the father of the philosophy of praxis. The aim is to give it a role in denouncing the tragedies of bourgeois society, but to relegate its philosophy to the powerlessness of social transformation and the change of the “present state of affairs”.

But among the supporters of this operation of weakening the Marxist message there are not just liberal thinkers. A theoretical-political debate on the state of health and the prospects of Marxism in Italy has long been lacking, made necessary and urgent by the defeat of the historical left and its dramatic reduction to marginality and influence (in Italy and part of the countries with mature capitalism).

I am perfectly aware of the radical nature of the criticism that I am expressing here of the organisations that are heirs to Marxist history, but I am deeply convinced of the fact that part of the reasons of defeat lies in the victory (in Italy but not only) of currents of thought that have taken on a Eurocentric and Western vision.

Faced with the recurrence of mass misery even in developed countries, the worsening of social inequalities and threats of war, the left in Italy and the West is absent, unable to make itself truly independent of the imperialist system, when not guilty of having paved the way for a return of neo-imperialism in the form of export wars of Western democracy, conveying a Eurocentric prejudice and unconsciously racist. This is the basic thesis of the philosopher Domenico Losurdo, who identifies the reasons for this crisis in the fact that Western Marxism has developed its thinking, separating itself from the development of Marxist thought in the rest of the world.

Western Marxism had a huge influence on the movements of the so-called “new left” and those of 1968 (whose fiftieth anniversary is celebrated this year) and became hegemonic after the collapse of the USSR. A thought (whose cantors of today are Negri, Hardt, Zizek and even before Foucault or Arent) that has removed the knot of the anti-colonial struggle and the development of productive forces, as did instead the socialist movements established outside the West that have set themselves the goal of bringing out of poverty and hunger hundreds of millions of human beings.

It is no coincidence that these political and philosophical tendencies have led a long ideological offensive and a constant revisionist campaign against Leninism. Lenin, in fact, represented a hinge between Western and Eastern Marxism and with his thought Marxism experienced such a marked and creative development that his name was intimately linked to that of Marx in the theory of Marxism-Leninism. This identifies the strategic and necessary link between the workers’ movement in the West and the colonized populations in the East. Lenin, the cosmopolitan, lays the foundations for a truly international development of the world communist movement, as never happened: the I and II International are fundamentally European, the Comintern is global. This is also due to the historical process of the October Revolution which brought out the role of the oppressed peoples, becoming a hairpin bend in the history not only of the workers’ movement, but of all humanity: to the Marxan invitation of the unity of the “proletarians of all countries”, we can add the one “to all the oppressed countries and peoples” made since October.

From the crisis to the rebirth

Today the Marxist culture has become largely a minority in Italy, but in the 70s it has experienced a real apogee: the influence on the world of culture was powerful and different were the publishing houses and magazines that contributed to the spread of a Marxist culture. In addition to this, there were the cultural instruments of the PCI: publications, institutes and party schools that contributed to the formation of thousands of militants and cadres throughout the country, linked to their political experience in trade unions and mass organizations. Not to mention the cultural production of the “new left” and of the components within the PCI itself, which often had theoretical journals and cultural centres to organize the battle within the Party.

It was in the ’80s that the descending phase of Marxist culture in Italy began. This is attacked “from the outside” (the ideological apparatus of the bourgeois state), “from the inside” (the tendencies within the PCI that aim at its social-democratic transformation come to surface or the tendencies that distance themselves from Lenin and from Eastern Marxism strengthen themselves) and “from the side” (magazines and study centres are created to influence the debate within the Party).

The epilogue is immediate and will be decreed with the dissolution of the PCI at the beginning of the 90’s and the birth of the Partito della Rifondazione Comunista, whose foundation takes place on ideologically fragile and eclectic bases, as a response of resistance and opposition to the genetic mutation of the PCI.

There will be few and minority magazines (mostly linked to networks of militants or currents within the PRC) and publishing houses that pose the problem of the organic development of Marxist culture in the new historical context, but the (relatively) small size of their influence will not allow the organic and continuous transmission of Marxism to the new generations.

In this difficult context, the offspring of the crisis and defeat that the workers’ and Marxist movement suffered in Italy during this almost 40 year counteroffensive, the powerful and almost prophetic words of Antonio Gramsci, who wrote in his Notebooks, come to my mind: “every collapse brings with it intellectual and moral disorder. We need to create people who are sober, patient, who do not despair before the worst horrors and who are not exalted by all nonsense. Pessimism of intelligence, optimism of will” [Q28, III].

The task of the Marxists of Italy is mainly a great coordinated and organized work of reconstruction of a basic communist culture, capable of spreading the classical texts and learning from the experiences of transition to socialism and their respective cultural elaborations (starting from the theory of market socialism and transition, present in the elaboration of the Chinese Marxists). The priority must be to work towards overcoming fragmentation, concentrating and centralizing all the Marxist resources present (human and material).

This is not a desperate job: this is happening in the midst of an international context characterised by the leading role played by countries and peoples that are not subordinate to the world imperialist centres, or led by communist and Marxist parties and movements. The rise of the People’s Republic of China, together with the emergence of the Socialist Republic of Vietnam or Cuba (to cite just a few examples), or of the BRICS countries, tell us of the results achieved by the former colonial countries in affirming their path towards independence and emancipation, rebalancing relations between the classes (in a great class struggle fought at global level) in favour of the peoples and the world proletariat, both in the East and in the West.

In this confrontation between Eastern and Western Marxism, through a process of learning from the errors of the past and the lessons of history, the challenge arises for the resumption of Marxism in Italy, of which the celebrations of the bicentennial of the birth of Marx may represent an opportunity to knot the threads of this research, both fruitful and necessary.

(Francesco Maringiò, Journalist, Coordinator of the Foreign Department of the PCI )