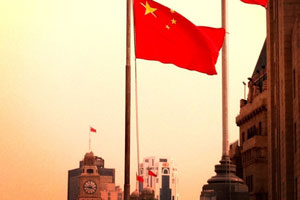 While mainstream media hysteria has speculated on the Chinese government’s management of the emergency, Beijing has prepared a two-pronged strategy to attack the spread of the virus. What the West can learn from this emergency.

If we rewound the tape of the information that the mainstream media system gave us during the crucial weeks of the spread of the virus in Wuhan, articles published by the New York Times, Reuters and other big media news (and promptly echoed by the Italian media) would bring back us memories which, if at first they denounced the Beijing’s authorities, responsible for delays and shortcomings that made viral the epidemic, at a later stage blamed the containment and quarantine measures to be restrictive of individual liberties of people.

There was no empathy in the face of the health emergency, no human solidarity, on the contrary: what they were offering to public opinion was the dissemination of the stigma of the plague spreaderfor an entire people. All this, it is good not to forget, acted as an explosive mixture for the circulation of offensive clichés and racist stereotypes. At the expense of an entire population affected by the virus and its community of residents abroad who have been subject to aggression and discrimination. The expression “Chinese virus” was used in the hashtags on social networks, just to mark the blame towards China which became in the mainstream story “the sick man of Asia” (the ignoble definition is from the Wall Street Journal): exactly the same definition used in a negative way at the end of the 19th and beginning of the 20th century to refer to China, divided and subjugated by the colonial powers.

Once the flagellum of the virus has arrived in Europe and governments are grappling with emergency management, an analysis of the effectiveness of the measures taken by the Chinese Government and an assessment of the role that the Western media have played in this story can no longer be postponed.

When the contagious psychosis became widespread in Italy, as the first cases of diffusion of the virus emerged, we saw that some inhabitants of small towns immediately fled to other regions, becoming unaware vectors of infection. These were isolated cases, but this nevertheless led the government to define the “red zones” and deploy the police apparatus to enforce quarantine orders, so that this “escape from the epicentre” did not assume mass dimensions. More than 11 million people live in Wuhan and 58 million in Hubei Province. What could have happened if uncontrollable and unverified rumours had spread about the possible outbreak of a new, potentially deadly, virus? And how could a restrictive ban have been imposed without the civil protection forces, police and health facilities having been mobilised in good time? Without a coordinated and centralized plan, the foreseeable (and humanly understandable) escape from the epicentre would have exponentially increased the contagion factor inside and outside China. Therefore, it must be taken into consideration that the time needed to prepare such a complex plan and the extraordinary mobilisation to implement it, was a guarantee for citizens outside Hubei Province (and for all of us outside China) that the contagion would be limited. Yet our Western media have not spoken of this.

This does not mean that there have been no limits, and in fact the central government has intervened with disciplinary measures to sanction the responsibilities of individual officials, but what is clear is the absence of the culpable design of the government that has not intervened, as instead here in the West has been allowed to be believed.  Yet it was enough to read the declarations that came to us from the World Health Organization. Director-General Tedros Ghebreyesus said: «The Chinese government should be praised for the extraordinary measures it has taken to contain the epidemic, despite the serious economic and social impact that these measures are affecting the Chinese people»; and Bruce Aylward, a WHO expert, also said that the measures taken by China are, at the moment, a successful example in the fight against the virus.

The strategy adopted by Beijing went in two directions: limiting the possibility of contagion for the entire population, through a prolonged blockade of all activities, and extraordinary measures to combat the virus in the epicentre, in order to save as many humans as possible.

Measures to contain the spread and to fight the virus in its epicentre were possible through two key factors: a strong public investment and the support and mobilisation capacity of the whole society. If we know from the United States that carrying out a coronavirus test can cost more than 3,000 dollars to each individual citizen, we actually know instead that the population affected by the virus in China has been able to rely on a national welfare system that has paid for every cost: the central government, together with local governments, has covered the cost of the treatment of all sick citizens, for an investment of more than 2 billion euros. While efforts have been made outside the epicentre to reduce contagion to a minimum, the greatest resources have been put in place to combat the virus in the epicentre: new beds and hospitals have been set up (13,000 patients can be housed in buildings temporarily transformed into hospitals and 2,500 patients can be taken in by the two new hospitals built in 15 days). 300 teams of doctors were organised throughout the country, mobilising more than 42,000 staff, sent to the front line in the epicentre and the government gave the medical staff economic subsidies (RMB 6,000) and asked for their salaries to be tripled, while the wages of workers in the induced sector were doubled.

It is a collective battle, which is fought in the front line by science and medicine, but supported by political decisions and the mobilisation of the entire population.

On top of that, as soon as the virus began to spread in Italy and other foreign countries, the Chinese solidarity machine set out to raise funds and donate health materials to the affected areas. The Chinese communities abroad, often victims of racist acts, were the engine of these initiatives, which are increasingly spreading in the various regions of Italy. The message is very powerful: the virus is a common enemy of humanity and can only be defeated through cooperation and friendship. A fact that the Italians cannot forget, since it marks the year in which the friendship between the two countries is being celebrated, but which profoundly interrogates the entire West, its values and its inhuman claim to superiority.