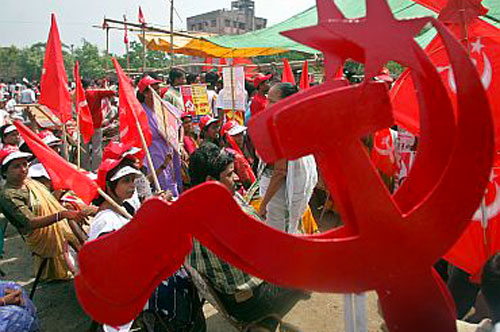 Dismantling the State of Jammu & Kashmir

The Indian union was formed on the basis of the unity of our people recognizing the immense diversities that exist, which is the legacy of our freedom struggle. Clearly, the RSS/BJP cannot tolerate any diversity and are converting Jammu-Kashmir and Ladakh as two separate centrally administered Union Territories.

This is a betrayal of all promises, repeated ad nauseam by the Central government over the years, of upholding Kashmiriyat, Jamhooriyat (democracy) and Insaniyat (humanism). The strengthening of the bonds of the people of Jammu & Kashmir with the rest of India can only be through the process of political dialogue with all stakeholders, as promised by the government three years ago. Instead, this undemocratic unilateral step will only deepen the alienation. This is harmful for the unity and integrity of India.

The Left parties call upon the people of India to strongly protest against these illegal and unconstitutional methods employed by the Modi Government. These are not issues confined to Jammu & Kashmir alone. They constitute an attack on democracy, federalism and the constitutional order.

The Left parties call for a protest day on August 7, 2019 all over the country.

Stop this Destruction of the Indian Constitution

Stop the Destruction of the State of Jammu & Kashmir