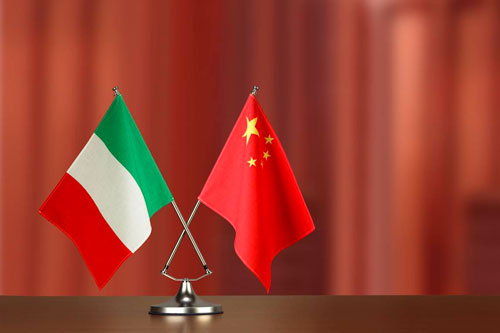 The complex Sino-American trade negotiation is going through a period that is not turbulent but is nevertheless marked by objective difficulties: too much distance separates the American warnings from the concessions that China is willing to make without penalizing its development and it becomes too difficult to contain the impact of the war on 5G (which is part of the negotiation but which also concerns other strategic aspects) in the United States and Europe. However difficult it may be, it cannot be excluded that an agreement is still possible. But there are many economists who observe how the “great deal” would put Europe in check, tightened in an alliance between the two superpowers and unable to carve out a role in international trade.

It is with this premise that the signing of a memorandum of understanding between Italy and China during the State visit of the Chinese President must be judged, which will officially begin on 22 p.v. with the meeting with the President of the Republic Sergio Mattarella. Because faced with the real risk of failure of the negotiations there is an absolute need to build a sovereign foreign policy for the country and capable of protecting its economic and geo-strategic interests. To do this, a framework agreement with China and the emerging economies is essential, otherwise the country will be subject to blackmail, which would further aggravate the already precarious condition of the Italian economy and the eurozone itself. In fact, faced with the possibility of Italy joining the club of the countries of the Belt and Road Initiative (BIS), the United States has set up a very strong strategy of blackmail. If Italy were to sign, it would expose itself, according to American sources, to commercial, economic and military cooperation and intelligence retaliation; if, on the other hand, it were to decide to withdraw the agreement with Beijing, the alternative would be, in any case, to maintain a framework of subordination with Washington, to be paid at a high price. The example of the war on the 5G is, from this point of view, paradigmatic: Italy is pushed to renounce the technological modernization through the Chinese infrastructures available today on the market, waiting for an American technology which does not yet exist and which, in the future, will certainly be more expensive than the Chinese one. The choice is clear: if you make the agreement you expose yourself to retaliation, if you delete the agreement you get nothing in return, if not the maintenance of the status quo based on unfair agreements and a relationship of absolute subordination. Tertium non datur.

For these reasons, the government’s decision to confirm the signing of the Memorandum certainly does not represent an exit strategy from the framework of Atlantic and NATO conditioning, but it does outline at least one way to create the conditions to attract the Chinese surplus in terms of direct investment in the short term and lay the foundations for a foreign policy that breaks with the blackmail that Washington and, for various reasons, Brussels are trying to impose on our country.

It is interesting to note that the “party against the memorandum”, which has enjoyed great media coverage and the political backing of the League in government and the Pd and Forza Italia for the opposition, has used almost exclusively the argument of the need not to cooperate with Beijing because it promotes a hegemonic project. They then argued that in any case we could not sign the memorandum, without first asking permission from our “landlord”, the U.S. (on the subject of hegemony …).

Who knows how they will comment today, after reading the letter that Xi Jinping has entrusted to the pages of the Corriere della Sera and which provides the key to interpretation of Chinese diplomacy and regions for his strong investment in our country. It is a text written from a very clear perspective: Italy and China are not called to agree on a series of economic and trade dossiers. Not only that, at least. The two countries are called upon to respect their long thousand-year history which, in the words of Xi Jinping, places them as “emblems of eastern and western civilization”, given that “they have written some of the most important and significant chapters in the history of human civilization”. Their relationship, even the Silk Road itself, is therefore not born today, but has its roots in the times of the Roman Empire, to then live special occasions that have made the history of relations between the two countries. Marco Polo arrived at the court of the Khan before Christopher Columbus discovered the Americas, Matteo Ricci became mandarin to win the trust of the Ming and Prospero Intorcetta translated Confucius into Latin and opened an important window of knowledge on Eastern philosophy throughout the West. It is to this story that the Chinese president refers when he speaks of the relations between his country and Italy, drawing heavily on the great history of Italy and citing, among others, Dante, Virgil, Moravia and Italian synology.

But the key passage of the Chinese President’s speech is probably the following: “Faced with the evolutions and challenges of the contemporary world, the two countries appeal to their precious and long experience and together imagine the interesting scenarios capable of creating a new model of international relations based on mutual respect, equality and justice and cooperation of mutual benefit, building a shared future of humanity”. The story of the “new world order with Chinese characteristics”, as it has been contemptuously defined by the opponents of the Italo-Chinese agreement, or the rhetoric of Beijing’s hegemony is shattered on the rocks of the strategic pact that China offers Italy, of building a new model of international relations that definitively closes the unilateralism in vogue after the collapse of the USSR and lays the foundations for cooperation between equals among the nations of the world. Equality, justice and cooperation are universal values that have their roots in the ideals of the French Revolution and that we certainly cannot ignore.

At the same time, those who continue to see China as their main enemy and write it in their own strategic documents (US and EU) and with the peace of their Italian representatives who would like the country to adopt an aggressive policy towards Beijing or in a privileged inter-European relationship (which does not exist, given the divergent interests that exist in the eurozone), or in a framework of Euro-Atlantic cooperation whose objective is the rupture of the Russian-Chinese axis and the co-optation of Moscow in a new iron curtain hostile to Beijing.

Italian politics has a crossroads before it: either it accepts the “devil’s alternative” and binds itself to the decline of this strategic vision, or it overturns the table and affirms the need for a policy based on cooperation and equal dignity among nations. The signing of the Memorandum is the first step to take the second road, but we are still at the initial skirmishes of an arm wrestling that will mark the near future.