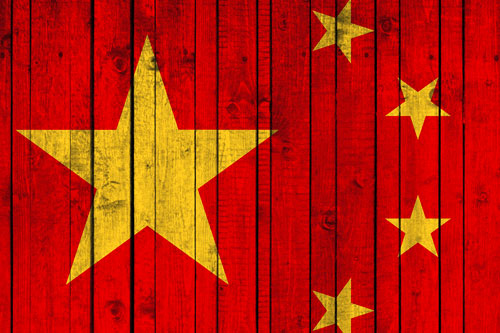 MarxVentuno Editions just published the Italian translation of the book Socialism with Chinese characteristics: why it works, edited by professor Zhang Boying. In this occasion, we had an interview with Francesco Galofaro, Ph.D., research fellow in Semiotics at the Turin University.

Dr. Galofaro, what is your reaction to the publication of Zhang Boying’s book?

It is an uncommon book in the Italian publishing scenery. Marxist theoretical research is not published in Italy, with a few exceptions. Classical authors and historical introductions are easier to be found in the bookstores. As for Chinese scholars, they are generally untranslated, with the exception of Xi Jinping.

What could the book’s chief impact be on Italian political debate?

The Italian debate on China is often polarized along bitter, ideological positions. Depending on current political needs, China is considered a capitalist country, by those arguing that Communism is definitely dead, and a dangerous communist dictatorship, which violates human rights, when it is necessary to strengthen the ties with the United States. This book will contribute to make our ideas on China clear: Chinese scholars improve Marxist theory and use it to build the Socialist state.

Seen from Italy, China is a very distant country. Is there a scientific relevance of Chinese Marxism to Italian culture?

In a recent conference I held in Beijing, I presented the different positions of three Italian Communist parties on China. They often consider China form a geopolitical perspective, considering Globalization and Belt adn Road Initiative; they focus on the relation between public and private ownership; they never consider whether Chinese leadership and intellectuals still use Marxism as a conceptual framework to interpret and to change economic and social reality. This book can suggest a different perspective on Chinese reality, proving that Socialism with Chinese characteristics is socialism in its own right.

What is the main difference between western and Chinese research on Marxism, in your opinion?

In Western countries, Marxism has mainly been used to criticize the capitalist State; in China, Marxism has been interpreted to develop the socialist State, both in a social and in a philosophical perspective. At the same time, Chinese scholars considered the limits and the failure of the USSR model, trying to make their own way, as stated in the third chapter by Dr. Zhang Da. Chinese researchers have the rare chance to translate theoretical research in social application: I am impressed by the passages of the books on ecological socialism, provided the incredible progresses achieved by China during the last five years on environmental protection, reduction of pollution, reforestation, aiming to the well-being of the population and to the health of the planet.

Italian contribution to World Marxism and Culture in the 20th century has been really important. From Antonio Gramsci to Domenico Losurdo, Italian Marxist research has been rich and original. In my discipline, semiotics, I can mention the works by Ferruccio Rossi-Landi and Augusto Ponzio. The dialogue with Marxism enriched the works of the most prominent Italian intellectuals, such as Umberto Eco, till the years ‘80. Then, USSR fell and capitalists won the class war. Italian publishing houses ceased to publish new books on Marxism, and Italian intellectuals radical-chic. This book tells us about a different world, where proletariat won the struggle, and works hard to build a socialist future and a new era. It represents a chance for the younger generation of Italian Marxist scholars.