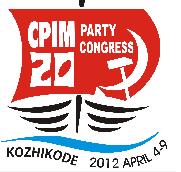 Dear comrades,
we send you the warm greeting of the Italian Communists for your important 20th Congress and we
reaffirm our principles of solidarity and brotherhood with your party.
After the collapse of Soviet Union, the role played by your party in reorganizing the International Communist movement, together with other communist organizations, is crucial.

Your Congress falls in a very delicate political time. The deepening of the international economic crisis, the conflicts caused by the aggression of the imperialists countries and regional instabilities (a long arch of crisis which goes from Af-Pak to Middle East, passing through threats of war on Syria and Iran) characterize the international framework.

Our country’s position is in the meddle of Mediterranean Sea and for these reasons we are very affected by the situation in the Middle East with the so called “Arab Spring” and the risk of a new imperialist war against Syria and Iran. We express our support to the genuine, peaceful social people’s protests and denouncing at the same time the manipulation of the desire of the Syrian people by internal and external forces, triggering civil war situation in some parts of the country. Nevertheless from what’s happening in Eurasia region and in Central Asia where, after the collapse of Soviet Union, imperialist country, particularly the US, have tried to expand their dominance for the geopolitical control of the region and to lay hold of energy resources.

For these reasons it is very important what is happening in your country. The shift to right of the Government of India and of the Congress Party through the exiting of the left from the UPA-I is domestically moving India on neoliberal positions and internationally it is trying to reallocate an historically untracked country on pro-Atlantic positions. The active role of India in BRICS activities can help in promoting multi-polarity by pursuing an independent foreign policy and, in fact, what will happen in the balance of power in your country in the feature will be crucial for the global equilibrium of the region.

In Italy and Europe Italian Communists are engaged to fight, in so hard conditions, against austerity proposals sought by the European Union, which aim to destroy the social state and the achievement of decades of working class struggle throughout Europe. Private banks and credit institutions are saved with public money, but then healthcare and other basic citizens’ rights are cut.

But the Communists are well aware that each stage of major changes is full of contradictions. The development of crisis and the increase in exploitation of people is accompanied by a process of relative decline of the imperialist powers and the emergence of new powers, especially China, whose ascent is rebalancing, unfavourably to imperialism, the international balance of power.

Furthermore the crisis of capitalism digs up the true face of capitalism’s exploitation and oppression and makes it clear to millions of workers and peoples all over the world that capitalism is the real cause of these injustices and sufferings. For this reason the role of a communist force with a revolutionary policy, at a time like this, is decisive.

Dear comrades,
we are sure that this Congress will be a very important time for discussion for all militants of CPI(M).
We have looked over the Political Thesis for your congress and the Resolution on some Ideological Issues. We consider all this material an important contribution not only for your country’s situation but it will also be an essential contribution to the reconstruction of the communist and revolutionary movement of the 21st century.

On behalf of the CC of the Party of Italian Communists